Let the 2020 election bury the mistaken notion once and for all that the 2016 election was a historical accident, an American aberration.

Donald Trump won more than 70 million votes, the second highest total in American history. Nationally, he has more than a 47% share of his vote, and looks to have won 24 states, including his beloved Florida and Texas.

He has an extraordinary hold over large swathes of this country, a visceral connection that among thousands of supporters has brought a near cult-like devotion. After four years in the White House, his supporters studied the fine print of his presidency and clicked enthusiastically on the terms and conditions.

Any analysis of his political weakness in 2020 also has to acknowledge his political strength. However, he was defeated, becoming one of only four incumbents in the modern era not to get another four years. Also he has become the first president to lose the popular vote in consecutive elections.

Donald Trump won the presidency in 2016 partly because he was a norm-busting political outsider who was prepared to say what had previously been unsayable.

But Donald Trump also lost the presidency in 2020 partly because he was a norm-busting political outsider who was prepared to say what had previously been unsayable.

Though much of the Trump base might well have voted for him if he had shot someone on Fifth Avenue, his infamous boast from four years ago, others who supported him four years ago were put off by his aggressive behaviour. 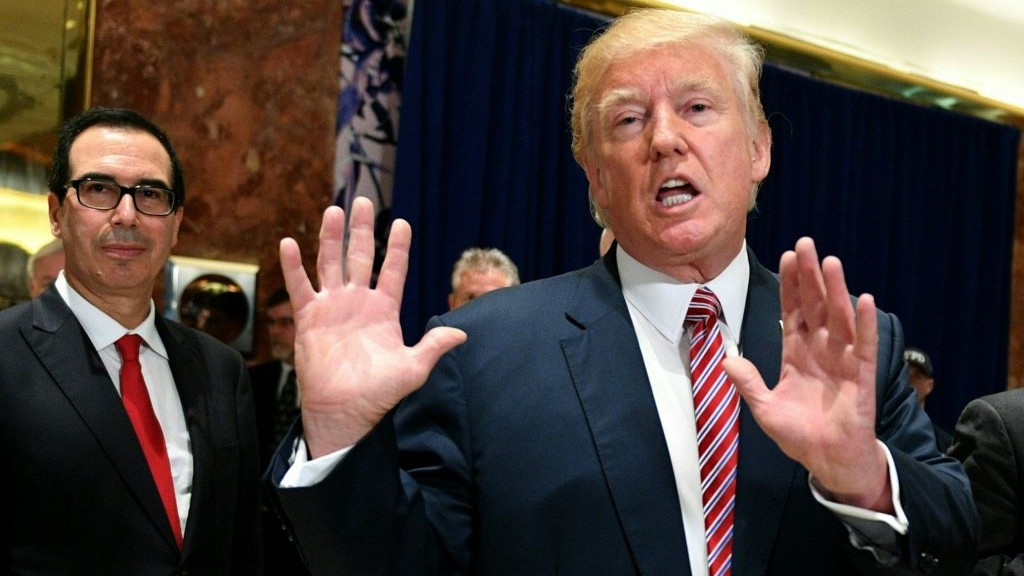 This was especially true in the suburbs. Joe Biden improved on Hillary Clinton’s performance in 373 suburban counties, helping him claw back the Rust Belt states of Pennsylvania, Michigan and Wisconsin, and enabling him to gain Georgia and Arizona. Donald Trump has a particular problem with suburban women.

We witnessed again in the 2020 presidential election what we had seen in the 2018 mid-term election – more highly-educated Republicans, some of whom had voted for Trump four years ago prepared to give him a chance, thought his presidency was too unpresidential. Though they understood he would be unconventional, many found the manner in which he defied so many customs and behavioural norms off-putting and often offensive.

They were put off by his aggressiveness. His stoking of racial tensions. His use of racist language in tweets maligning people of colour. His failure, on occasions, to adequately condemn white supremacy. His trashing of America’s traditional allies and his admiration for authoritarian strongmen, such as Vladimir Putin.

His strange boasts about being “a very stable genius” and the like. His promotion of conspiracy theories. His use of a lingua franca that sometimes made him sound more like a crime boss, such as when he described his former lawyer Michael Cohen, who reached a plea deal with federal prosecutors, as “a rat”.

Then there was what critics derided as his creeping authoritarianism, seen after the election in his refusal to accept the result.

A telling moment for me during this campaign came in Pittsburgh, when I chatted with Chuck Howenstein on the stoop of his terraced home. A Trump supporter in 2016, he voted for Joe Biden.

A political problem for Trump was that he failed to expand his support beyond his core Trump base. Nor did he try hard to do so. In 2016, he won 30 states and often governed as if he was the president solely of conservative, red America. The most deliberately divisive president of the past 100 years, he made little attempt to woo blue America, the 20 states that voted for Hillary Clinton.

After four exhausting years, many voters simply wanted a presidency they could have on in the background – an occupant of the White House who would behave in a more conventional manner. They had tired of the infantile name-calling, the ugly language and the ceaseless confrontation. They wanted a return to some kind of normalcy.

But the 2020 election was not a re-run of the 2016 election. This time he was the incumbent, not the insurgent. He had a record to defend, including his mishandling of a coronavirus outbreak which by Election Day had killed more than 230,000 Americans. In this age of negative partisanship, where politics is often driven by loathing of the opposition, he was not pitted against a hate figure like Hillary Clinton.

Joe Biden was hard to demonise, which is partly why the Democratic establishment was so keen to have him as its presidential nominee. This 77-year-old centrist also did the job he was hired to do, which was to claw back white working class voters in the Rust Belt. 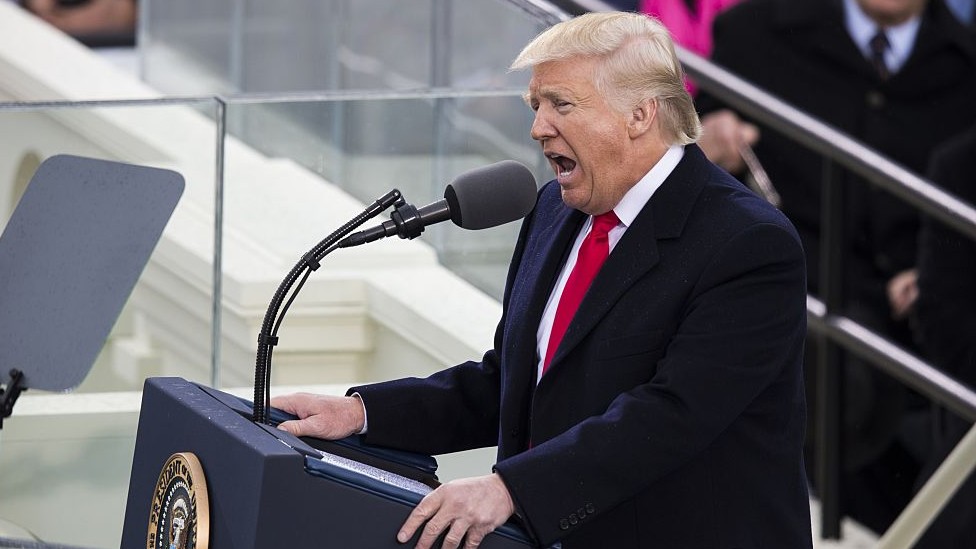 Getty ImagesBy sundown of his first full day, it was clear Trump would seek to change the presidency, more than the presidency would change him

Was it in the immediate aftermath of his victory in 2016, when people who had voted for Trump partly as a protest vote against the Washington political establishment instantly had misgivings? After all, many of those voters never expected him to win.

Was it in the first 24 hours of his presidency, when he delivered his “American Carnage” inaugural address – which portrayed the country as a near dystopia of shuttered factories, left-behind workers and wealth “ripped” from middle class homes – before he ranted about the crowd size and vowed to continue using Twitter? By sundown of his first full day in charge, it had become clear that Donald Trump would seek to change the presidency more than the presidency changed him.

Was it more cumulative, the snowball effect of so many scandals, so many slurs, so much staff turn-over, and so much chaos?

Or was it as a result of the coronavirus, the biggest crisis that engulfed his presidency? Before the virus arrived on these shores, Trump’s political vital signs were strong. He had survived his impeachment trial. His approval ratings matched the highest level it had been – 49%. He could boast a strong economy and the advantage of incumbency: the twin factors that usually secure a sitting president a second term. Often presidential elections turn on a simple question: is the country better off now than it was four years ago? After Covid hit, and the economic crisis that followed, it became almost impossible to make that case.https://emp.bbc.com/emp/SMPj/2.36.2/iframe.htmlmedia captionThe lost six weeks when the US failed to control the virus

But it is wrong to say that the Trump presidency was inevitably doomed by the coronavirus. Presidents often emerge from national convulsions stronger. Crises can often bring out greatness. That was true for Franklin Delano Roosevelt, whose rescuing of America from the Great Depression made him politically unassailable. George W Bush’s initial response to the attacks of September 11th also boosted his popularity, and helped him win a second term. So it was by no means preordained that Covid would finish Donald Trump. It was his botched handling of the crisis that contributed to his fall.

Still, again it is worth remembering that Donald Trump remained politically viable up until the end, despite the country experiencing its worst public health crisis in more than a 100 years, its biggest economic crisis since the 1930s and also its most widespread racial turbulence since the late 1960s.

The outgoing president will remain a deeply polarizing figure, and could run again in 2024. These disunited states have not suddenly become united again, not least because so many Americans will harbour such different emotions about Trump, ranging from devotion to abject hate.

The country surely has not heard or seen the last of the most unorthodox president in its history.