As planes across the world sit idle on the tarmac, the expansion plans for the UK’s airports have been grounded too. As much as £1bn of capital investment is now on ice, according to analysis arried out by Construction News.

The airline industry is one of the sectors most directly affected by the coronavirus pandemic. Efforts to control the spread of COVID-19 saw flight bans and demand for remaining trips crater.

Unlike other battered sectors such as food service or events, the likes of EasyJet and British Airways cannot adapt and start doing takeaways.

When airline operators are struggling, it will have inevitable consequences on the airports they fly from.

Heathrow, for example, has effectively mothballed three of its five terminals and is directing all flights out of the remaining two. Similar cuts in capacity have been carried out in other airports across the UK, and predictions for their recovery are bleak. IAG, the owner of British Airways and other carriers, does not expect passenger numbers to return to their pre-COVID-19 levels until 2023.

“Nobody knows how this will pan out. There is talk of no return to ‘normality’ until 2024/5. What is the point of building a new terminal or extension now, let alone a new runway?”

As a result, airport expansion in the UK is set to be significantly curtailed. “Everyone will be ‘thinking small’ for a long time to come, at least in this country,” according to Centre for Aviation chief airports analyst David Bentley. Analysis by CN shows as much as £1bn worth of capital investment, much of which would have been construction work, has been deferred or cancelled.

The biggest cuts have been made at the UK’s busiest airport, Heathrow. Its capital expenditure budget for 2020, which stood at £1.1bn at the start of the year, has since been slashed by £650m. Given the airport had already spent £224m on capital works in the first three months of 2020, that leaves £275m for the remaining nine months. So whereas firms had been looking at delivering spend of around £90m per month on average, they are now looking at a mere £30m a month.

Similar stops on capital investment are seen across the industry. Gatwick, the UK’s second-largest airport with an annual capital budget of around £240m, is deferring its capital expenditure plans “for the foreseeable future”. Birmingham Airport has confirmed that it is delaying a £30m extension of its terminal indefinitely, even though ground was broken on the project at the start of the year. A spokeswoman said other non-essential work has also been put on hold. Edinburgh Airport was also quick to put the brakes on its capital spend and announced on 19 March that expenditure on some projects would be deferred. Its most recent financial results showed capital spend of more than £60m.

Longer-term projects have also been hit. Luton Airport announced this week it would no longer submit its development consent order for the construction of a second terminal in June. A new date has not been given.

Other airport operators remain coy about future plans. A spokesman for Manchester Airport Group, which controls the UK’s third and fourth busiest airports in Manchester and Stansted, told CN that no decision had been taken either way on its capex plans. 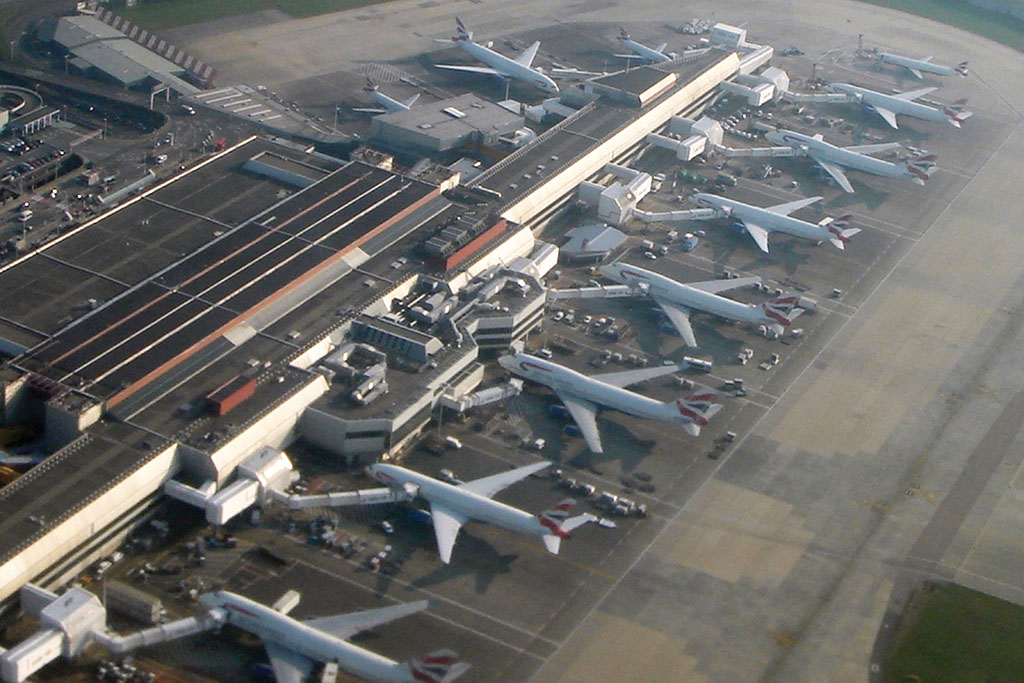 It is clear that contractors are downbeat about the market’s prospects, however. On 7 May, Morgan Sindall announced its aviation division had seen a “significant and immediate reduction in all current and future planned activity”. Bentley said this reflected the new reality of the airport market. “There is a whole new ball game here,” he says. “Nobody knows how this will pan out. There is talk of no return to ‘normality’ until 2024/5. What is the point of building a new terminal or extension now, let alone a new runway?”

The prospect of a new runway at Heathrow has been the grandest investment plan for the sector for years.

It was dealt a crippling blow in February when the High Court ruled the government’s decision to approve the airports’s expansion was unlawful. Its case for expansion has been weakened further by the collapse in demand. Earlier this month, Heathrow CEO John Holland-Kaye told a select committee that it could now be 15 years before another runway was needed.

Last year marked a five-year high for construction work in the aviation sector, according to the Construction Products Association. And, even with Heathrow’s expansion in doubt, output was forecast to grow further in 2020.

But as with much of the economy, COVID-19 has changed that course and the sector looks set for at least three years of contraction or moribund growth. This will naturally cause a headache for those working in the sector, but it could have a knoc- on effect for those outside of it too.

A decline in one market will force contractors to either scale down their businesses or go hunting for work in other markets. The former means job cuts and skilled people being lost; the latter will likely lead to increased competition for new work and lower prices.

Neither outcome is good, which illustrates the challenges the industry now faces